Forbidden to photograph the dishes chefs with Michelin stars 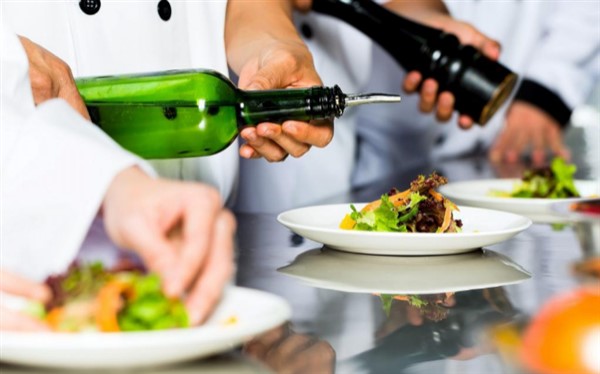 The Federal Court of Germanic country has extended copyright protection to the culinary creations of the most famous chefs, to assimilate these preparations artworks.
Photographing a meal and spread on social networks can become an offense against intellectual property. This was expressed by the Federal Court of Germany, in a judgment of August, he decided to extend copyright protection to "carefully prepared culinary creations", in a clear nod to the dishes in restaurants upscale Michelin-rated.
This statement would not be novel if it were not for any intellectual property law takes into account the culinary creations. "Article 10 of our Copyright Act, in which the works covered by copyright defined, does not consider this assumption. Nor is there any trace of culinary arts in Directive 2001/29 / EC on the copyright of the European Union, "explains Antonio Cueto, senior counsel in the area of ​​intellectual property of Bird & Bird. The lawyer, however, clarifies that currently there are cases that are not reflected in the Spanish and European regulations, such as TV formats, which are covered by other intellectual property.
Cueto understands that this ruling could set a precedent at the community level, as happened with the first European ruling said links pages should not be understood as digital piracy, but also believes that the resolution is moved in a swamp.

Artworks
"The reason that wields the court to grant copyright coverage to certain culinary creations is that they have a high level of design, which can be understood as works of art, for which its author, chef, would become manage these rights, "he says. For the lawyer, the latter argument is a slippery slope, because it is a subjective argument, it seems to be directed only to the cuisine and not for the rest of preparations humblest local. Moreover, Cueto notes that the rankings produced by the Michelin Guide vary each year and a chef who has a star could lose a year later, which would cause pass a plate to be covered by intellectual property rights not to be.
Faced with the possibility that this type of legal coverage reaches Spain or extended in the European Union, Cueto insists that could happen, something that until now seemed a remote possibility. However, counsel states that "each country will mark its own way through the decisions made by the courts, if a chef decides to report a similar case." On the other hand, also he believes that the possible sentences focused on the copyright of the culinary creations will not be generic and case to case. In addition, he concludes, these failures should be much more specific and should clearly mark the requirements to be covered by intellectual property works.

Admission rights
Until this type of copyright lands in Spain, Cueto remember that Arzak and Aduriz can solve the problem of the spread of snapshots on social networks and Internet contractually. "Owners of restaurants have the possibility of imposing a ban diners not photographed preparations. When a client comes to this type of premises, tacitly accepts its rules and if you do not comply, the owner can force a customer to leave, as with the right of admission ".
'Royalties' and culinary right
Germany is by far the only country that has extended copyright to culinary creations. However, 30 years ago in Madrid, the restaurant La Gastroteca Stephane and Arthur decided ahead of his time and unilaterally started to pay royalties for the creations copied to your local renowned French chefs. One of the owners, Arturo Pardos Batiste, developed together with José María Rodríguez Oliver, lawyer of the State Council and professor of administrative law, the foundation of the gastronomic law in which it was specified that the restaurant decided freely to pay rights culinary author the kidnapped cooks. The document fixed the amount of the royalties at 1.25% of the price on the menu and multiplied by the number of items sold during the month. The text also pointed out that this sum would be sent at the end of the month by money order. Finally, Pardos Batiste also established the copyright of the dishes of his creation.