It is increasingly common to sign a pre-contract when a worker and a company reach an agreement to start a joint labor stage. A document that includes obligations for both parties.

After several months of searching, Ana found a job 400 kilometers from her place of residence. I had just under a week to find a flat and make a move and, after many visits and hours on the road, I had everything ready to start working on a Monday. The day arrived and nobody decided where he had to appear or by whom to ask; After countless calls and emails, they tell him that they have changed their minds and that they are not going to hire anyone.

Except for the monumental anger that was won, Ana did not get anything. He spoke with what was going to be his landlady to apologize, put all his things back in his little car and headed to his hometown without work and with a lot of expenses, in the end, for nothing.


To avoid this situation, it is increasingly common for many workers, especially in management positions or high technical component, to sign a labor precontract specifying everything agreed in the interviews, as well as possible compensation for non-compliance. Because ... what would have happened to Ana if she had decided to leave her current job for another that never materialized?

However, this practice should not be exclusive at the initiative of employees, since companies also have much to gain if they value this possibility.

In this regard, María Muñoz, senior associate of the Garrigues labor department at the Barcelona office, points out that, despite the fact that the risk of subscribing a pre-employment contract is "significantly higher for companies in terms of possible compensation that could be forced to pay in case of breach of contract commitment ", it is true that the fact that the pre-contract is well written can reduce that payment, since its liability would be limited in said document. "In this way the damages and losses caused to the worker should no longer be subject to judicial assessment," the expert stresses.

Not surprisingly, it is quite common for the courts to quantify the damages in the amount corresponding to the salaries not received for the period subject to the promise of hiring or even to the expenses of moving in the case of transfer of residence.

So, what should the pre-contract include so that it is fair to both parties? Muñoz recommends agreeing in writing a criminal clause, thus establishing the regime of responsibilities of the parties in case of breach of commitment.

In this way, the expert ensures that two objectives are achieved: company and worker know in advance the consequences of their failure to comply and avoid judicializing the accreditation of damages suffered by the party that backs down.

"The establishment of a penal clause in turn favors a greater commitment between the parties," says the senior associate of Garrigues and adds: "It is not strange to think that the workers will hardly sign a pre-contract in which a written regime is agreed upon. responsibilities in case of breach of contract commitment if they do not have the full conviction to start a new employment relationship ".

And, although it is usual for workers to request pre-contracts, a penal clause, "as long as it is reasonable and proportionate to the damages arising from non-compliance, will allow the company to be compensated for the damages and losses suffered. " So, for example, you would get compensation to pay the fees of a talent scout company.

Not surprisingly, we must bear in mind that, according to the expert, judicial bodies are, in general, reluctant to recognize companies the right to be compensated for the damages caused by the breach of the pre-contract by Workers. For this reason, having them reflected and signed in writing can pave the way. 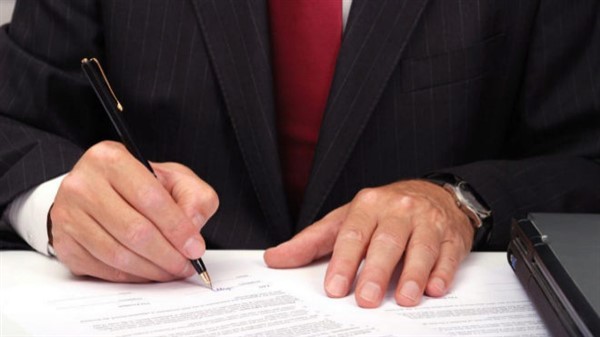