The Therium background disembarks in Spain to finance lawsuits

The firm has begun investing in international arbitrations and lawsuits Spanish side in court and plans to open office in our country with the growing number of lawsuits plans to finance.


The British fund funder of lawsuits Therium disembarks in Spain. It has begun to make several investments in international arbitrations and lawsuits Spanish side in court and plans to open physical office at the growing number of lawsuits that arises fund in Spain.


Therium was founded in 2009 in London and has set its sights on Spain, an almost untouched market in the eyes of so-called third party funding, as the breeding ground is perfect given the combination of a high rate of litigation with increasing legal certainty by courts, tribunals and arbitration courts, says Ignacio Larena-Avellaneda Delgado, trial attorney, which helps Therium in Madrid.

Therium method is to finance the prospective applicant all costs (lawyer, attorney, expert, taxes and other), and even if the costs of losing a practice that other funders realizan- funds in exchange for a percentage of the amount claimed on success of the lawsuit or arbitration. If you lose, it does not take anything.

Therium is considered a pioneer in the use of tools combined with insurance financing vehicles, and the introduction of a portfolio of financial products in the UK. As part of the expansion of Therium in the US and Spain, the fund will export its model portfolio, which was developed to provide long term for law firms and companies in exchange for a share of the revenue cases succeed funding.

The portfolio model not only gives life to disputes that otherwise could not be financed, but also allows law firms to operate within their structures usual billing, while offices and customers can share the benefits in demands succeed. In addition, the financing model portfolio Therium allows companies to obtain financing out of balance for monetizing litigation that otherwise would progress not due to financial constraints or capital. This system is open to many forms of collaboration and ROI ratios.

In total, Therium has funded claims for sums totaling 5,000 million euros. The sectors which include banking and financial commitment, competition, arbitration or RC professional.

Therium has already made its first investments in Spain and are very different, including demands not excessively high amounts in the courts in which it is desirable to be many similar object, since the risk is distributed.

The model Therium client is not only unable applicant to meet the costs of litigation, but also one reluctant to take the risks attaching to the "investment" sometimes means facing a lawsuit or ward off these costs from his balance sheet. In Spain it is sometimes the lawyer who just "funding" the lawsuit based on assuming a successful high commission fees.

30% of what the plaintiff wins

The operation of the process is as follows: the fund receives potential lawsuit in which there is a claim amount, which can range from toxic banking products, unfair competition, to civil liability (RC) medical and so on. The fund is studying the case and if you interested in viability, amount and other factors, assumes the entire cost of the procedure (lawyer, solicitor, tax and expert in his case) and costs counterparty if rejecting the claim , in exchange, if demand prosper, stays with 30% (as the case may vary) of the recovery by the plaintiff. In some cases, lawyers require verification that the possibility of success of the case is 60%.

This usually involved due diligence eight lawyers, and states that the decision must be unanimous. There have been criticisms of the potential risks of litigation to artificially increase, but it should be remembered that funders carried out a thorough examination of the cases they finance. In damage claims in competition litigation it is expensive so complex and costly to the expert which is a useful source of funding.


A British investor who also enters US

◾Fundado in 2009 in London, Therium Group Holdings Limited has been financed by venture capital and in 2015 has raised 266 million euros to invest in financing lawsuits.
◾Ha funded claims totaling 5,000 million euros.
◾Acaba landed in New York under the direction of Eric Blinderman, who steps down as director of international litigation in Proskauer Rose law firm also record to Patrick Dempsey. 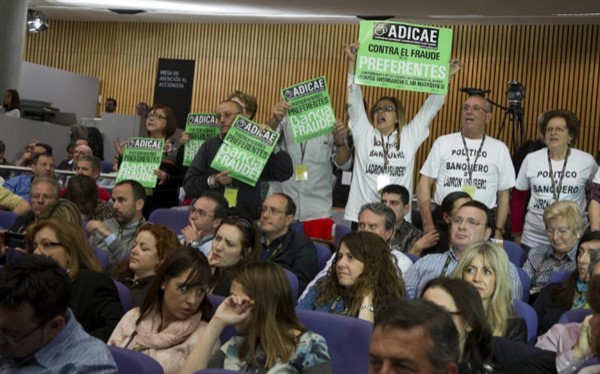