The Partner-Director of PAJARES & ASOCIADOS ABOGADOS, speaker at the XV Iberoamerican Congress on Bankruptcy Law.

Concluded the XV Ibero-American Congress of Bankruptcy Law held in Viña del Mar, on October 16, 17 and 18, Mr. José Pajares, Partner-Director of PAJARES & ASOCIADOS ABOGADOS, ended his term as Executive Vice President of the same. The same thing that ended the magnificent presidency of D. German Monroy of Colombia, with whom it appears in the photograph. 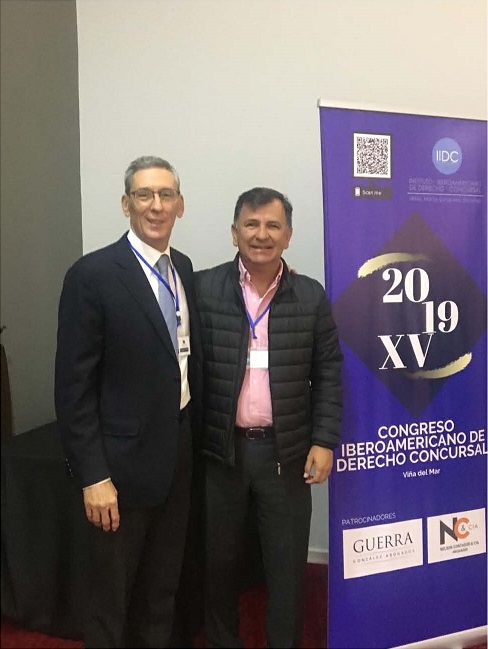