A cyber attack in Equifax affects more than 140 million Americans.

Criminals gained access to information including names, birth dates, addresses, social security numbers, and some drivers’ license numbers by exploiting a US website application’s vulnerability. The agency estimates that in addition to the general personal information, more than 200,000 credit card numbers were exposed, as well as information from 182,000 consumers involved in credit report disputes. People in Canada and the UK have also been affected.

According to Equifax, the breach was discovered on July 29th.

Equifax chairman and CEO Richard F. Smith released a statement in which he called the breach “… a disappointing event for our company, and one that strikes at the heart of who we are and what we do.” 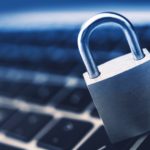