Are graffiti protected by copyright?

Several cases of advertising campaigns of large multinationals that included graffiti of street artists have ended in court for an alleged misuse of these creations.


Graffiti are no longer seen as mere vandalism to be understood as true works of art, if we take into account the fame achieved by the creations of artists such as Banksy, Boa Mistura or Suso33. However, there are many doubts about the intellectual property of these creations and the protection they should receive.


This issue has returned to take importance after the denunciations emitted by grafiteros against diverse multinationals that have used their creations in campaigns of publicity, without requesting their authorization nor citarles to them like the authors of the work. One of the most well-known examples is the case that confronted the street artist Revok with the Swedish H & M -which has ended up resolving itself with an extrajudicial agreement-.

Another similar issue is that currently confronts the Swiss artist Adrian Falkner - better known as Smash 137 - with General Motors (GM), whose complaint has just been accepted by a federal judge in Los Angeles and could set a precedent for the protection of copyright of these works, as well as the use of these creations by companies in their advertising campaigns.

In the latter case, Falkner denounced the US giant for including, in 2016, one of his creations made in a parking lot. In this case, GM has alleged that the use of this graffiti was legal, since the American Intellectual Property Law allows the photographic representation of architectural works.

However, the argument has not convinced Judge Steven Wilson, who explained that the work was carried out after the completion of the construction of the parking and could not be considered, in any way, that this work could be part of the architectural project, so the argument of General Motors would have no validity.

What happens in Spain?
Faced with these realities in the United States, what could happen in Spain and how would the graffiti of this type of mercantilist use be protected? According to Claudia Ros, an associate of Cuatrecasas' intellectual property area, "under article 10 of the Intellectual Property Law (LPI), graffiti could be considered abstractly as a work that can be protected by copyright whenever and when it complies with the originality and externalization notes required by the article ".
Despite this statement, Jean-Yves Teindas, senior associate of the intellectual property area of ​​Cuatrecasas, also points out that "the limitation of protection provided for in article 35.2 of the LPI for those works that are permanently exposed in the public road".
Faced with the US cases, according to the LPI, both lawyers say that "as long as the graffiti is on public roads, in principle, the aforementioned limit of 35.2 would apply." However, this does not seem so obvious in the case of GM. "The condition of the public thoroughfare of the parking lot where the graffiti was on the roof of a private building is not clear." If it were a private parking, under Spanish law, the limit would not apply and authorization should be requested from the author ", Ros adds.
In this sense, the lawyers also point out that although graffiti is usually found on public roads, it is possible to see this type of work on walls of entertainment, fashion, restaurants, and so on. "In these cases, it is clear that the limitation of Article 35.2 of the LPI would not apply, nor would it apply when the graffiti is printed on canvas, canvas or any other medium or similar support," concludes the Cuatrecasas associate.
Illegal and moral
Another aspect highlighted by Teindas is that the argument used by H & M to attack Revok, namely that the graffiti had been made illegally and could not be covered by the copyright law, would not have any kind of value in Spain. "The general principle that defines the concept of work susceptible of being protected by copyright does not require that it be lawful," explains the senior associate.
Be as it was, and by way of conclusion, Ros points out that "the moral rights of the author are inalienable and inalienable (art.14 LPI) and, therefore, must be respected without prejudice that there are limits to their exploitation rights." 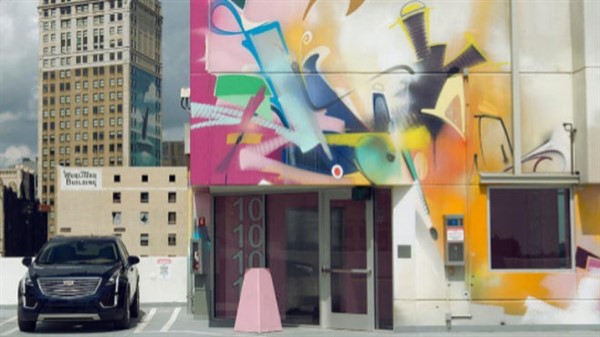