Can I go to jail if I keep a lost wallet?

Finding money or an object of value in the street and not returning it can be punished even with imprisonment depending on the amount or have problems of money laundering.
Who has not dreamed of meeting by chance a wad of bills in the street or a lottery ticket that is then awarded with a millionaire sum? Surely almost nobody can hide this desire, but, as a tale of the milkmaid that is, it does not have a happy ending.
The Criminal Code leaves no room for doubt and, according to article 254, will be punished "who seizes a movable property of others" and by another is not to say that it was lost, since Rocío Gil, senior associate of Andersen Tax & Legal, remember that the law understands that "no one voluntarily abandons a sum of important money or an object of value", and if we find them casually, "we must assume that they have been lost and it is logical to deduce that their owner wishes to recover them".
Therefore, there is no doubt that, in order to avoid any legal problem, any object of value found must be returned, either in the corresponding lost or lost office or to the manager of a trade, if the finding has taken place in a local private. Yes, the lawyer of Andersen Tax & Legal warns that, if the amount found was greater than 100,000 euros, before taking it to one of these offices, it is necessary to notify the Police to avoid a possible administrative penalty in case of being surprised carrying such a large booty. "This is so because the Law on the Prevention of Money Laundering and Terrorism Financing establishes the obligation to declare the movements of capital greater than said amount within our country before the Provincial Customs and Special Tax Units or in the Administrations. of Customs of the Tax Agency, "he explains.
And is that not return the object found could end up convicted of a crime of misappropriation provided for in the Penal Code, which provides for a fine of three to six months, in addition to the obligation to return the amount to which the value of the find .
If the amount was less than 400 euros, we would incur a misdemeanor of misappropriation, punishable by a fine of up to two months.
Thus, the story of the milkmaid could only legally become reality after two years. If there is no claim, the person who finds the object and deposits it in an office could keep it. Of course, Rocío Gil recalls that, if the owner finally appears and claims it, 10% of the value of the object could be demanded, and if it exceeds 12 euros, 5% of that value, in accordance with the provisions of the article 616 of the Civil Code. 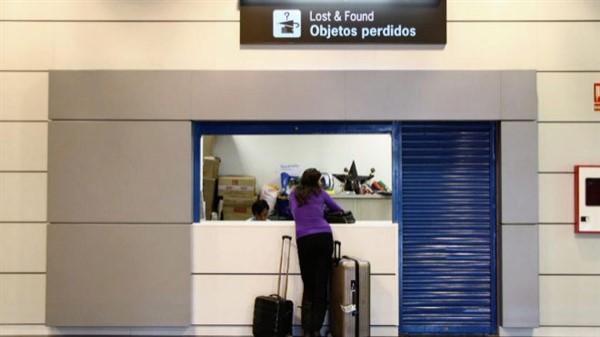