Can I sue my company if I get bored at work?

Although the Statute of Workers does not determine whether a person can demand not to get bored in his work, companies are responsible for avoiding the possible consequences of monotonous tasks.
Charging 3,500 euros a month for doing nothing is not the last promotion of the salary for Nescafe lifetime, but the "nightmare", according to his own words, that lived a Frenchman who demanded a few months ago his example because he was bored in the work.
Frédérick Desnard thus demanded in the courts of Paris an indemnity of 360,000 euros. The reason was that not carrying out some interesting tasks had caused serious health problems. His lawyer even claimed that his defendant suffered "a moral exhaustion due to the total lack of workload," which gave him "a sense of guilt because he received a salary for doing nothing."
But does a person have the right to demand from his boss an interesting job? If someone is already thinking about running to court because of the dead hours in the pit, you should know that the Spanish legislation does not consider that having fun, motivating or feeling full in the professional aspect are essential issues. So much so, that Article 4 of the Workers' Statute only indicates that "workers have the right to effective occupation". Whether this is entertaining or not is another matter.

Risks prevention
Desnard blamed the lack of workload and the anodyne tasks that had caused him a depression. In this regard, José Prieto, partner of the department of labor of Baker & McKenzie in Madrid, explains that the only option of success that could have the Gallic in his demand is to be able to demonstrate the direct relation between this disease and the hours of boredom that passed at work.
And "if a certain task can cause depression or stress, the company is obliged to ensure the health of the worker, so you must introduce the necessary measures to avoid this situation," confirms José Prieto, who insists that All companies have a responsible responsibility on the part of the worker regarding the prevention of possible occupational hazards.
The Workers' Statute is clearer in this matter. Article 36 states that "the employer who organizes the work ... shall take into account the general principle of adapting work to the person, in particular with a view to reducing monotonous and repetitive work according to the type of activity and The demands on safety and health of workers. " Thus, it could introduce more breaks in the working day with the aim that, during them, the employee can break that monotony and avoid, in principle, physical problems, although also could be positive before possible mental illnesses thanks to the minutes of disconnection.

'Mobbing'
However, a possible demand for bore out - a play on words made by the French complainant with the famous burn out syndrome in overwork can provoke stress or anxiety - can not be confused with a case of mobbing, in which the boss Begins to degrade the employee with tasks far below those he had been performing and for which he had been hired.
But, "if a person has entered a job that could be called boring and have not changed their circumstances, the employee can not demand anything because he knew the conditions from the beginning and the employment relationship is maintained," says Baker & McKenzie's partner . 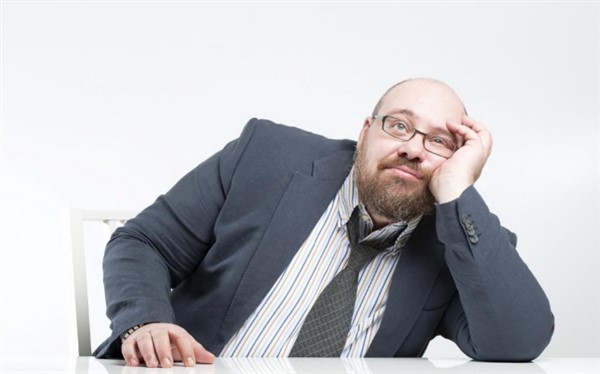