Compliance, legal topic of the year

The design and implementation of regulatory compliance systems in the company's structure, along with Brexit, are the priority issues on the legal agenda of Spanish companies and, therefore, also of their external lawyers.
Compliance is the buzzword between the council secretaries and the directors of the legal advisors of the companies and, therefore, the legal theme of the year. Although two complete exercises have already passed since the last reform of the Penal Code came into force and seven since the introduction of criminal liability in companies in Spain, regulatory compliance is highly topical.
This is one of the main conclusions of a survey of jurors who met last May 29 to elect the winners of the second edition of the Expansion of Juridical Excellence Awards in Practice of Business Law, Whose main sponsor is Banco Santander. They are also supported by Lefebvre-El Derecho and Signium (sponsors) and IE Law School (technical advisory).
This large group of experts has concluded that compliance and conduct of companies and managers is the legal theme of the year, with 12% of the votes. Its importance is even greater if one takes into account that the third, fourth and sixth most valued aspects were good governance practices, the duties of the board of directors and its commissions and the criminal liability of legal persons, matters directly related to the normative compliance.
Although companies have spent years analyzing how to adapt to these changes, it is now when compliance issues focus the attention of the legal heads of companies and therefore also their external advisors.
This prominence on the agenda of business lawyers is due not only to the impact that reforms of the Penal Code have on companies, but also to the fact that, in recent months, uncertainties over the application of Compliance systems to avoid criminal liability in the event of an employee committing an offense. Although they are still few, they have already arrived some sentences in the respect. In addition, the first certification models have just been defined and even the Prosecutor's Office has spoken on the subject.

Legal challenges
The firms of the Ibex 35 are the most advanced in this area, but lawyers recognize that much work remains to be done and will focus much of the legal activity of the companies in the coming months.
However, this is not the only legal front in the business world and corporate lawyers have to share their attention. The Brexit is, with 11% of the votes, the second great thematic block of the year. The challenge of leaving the EU from a regulatory standpoint is unquestionable and will have a direct impact on companies' activity and bottom line from different angles, from the workplace to the prosecutor, through The commercial or the closing of corporate transactions.
Even so, the managing partners of the large Spanish firms consider that in the short term, the impact on companies is limited, especially until the terms of Brexit are clear (see next page).
In his view, managers have become accustomed to managing companies in an environment of geopolitical uncertainty. In fact, the election of Donald Trump as president of the United States and the regulatory turnaround of this country is one of the issues that least worries in the short term to the lawyers of the companies, along with others of national politics, as the soberanista challenge of Catalonia or the reform of the Constitution. 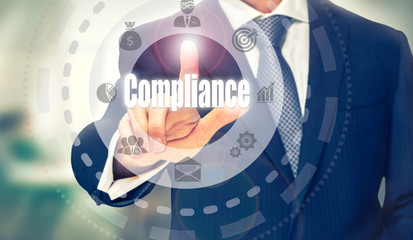