Legal war against fines for tourist apartments in Barcelona

The City Council headed by Ada Colau offers to forgive part of the sanctions in exchange for giving up the rented apartment without a license to social purposes for five years, something that the lawyers consider abusive.


"It's disproportionate and confiscatory." In short, "illegal". María Jesús Serrano Conde, partner of the Serrano Alberca & Conde office, does not hesitate to describe as abusive the action of the Barcelona City Council on tourism flats without a license, offering the owners a remission of the fine in exchange for transferring the property for social purposes for at least five years.


The idea is not new, and the Consistory directed by Ada Colau has been trying for years that the owners give the floors for social use. However, lawyers see that the transfer time is increasing and they do not have a clear idea of ​​how the alienation period is established. In a notification of the City Council to which EXPANSIÓN has had access, the alleged offender is proposed an assignment, "at least 60 months", without even having established the sanction.

Serrano Conde explains that this procedure is usual in the initial phase of the file, where it is also reported that renting for tourist use a flat without the corresponding permits is a very serious penalty and, therefore, the fine can be between 6,000 and 600,000 euros . During the allegations, the owner can announce that he will accept this process so that his good will is taken into account and he tries to reduce the sanction, since, even if he agrees to transfer the property to social purposes, he will have to face 20% of the amount established, since only 80% is forgiven. Another alternative is to wait to decide when the final amount is known, since, if the apartment is rented legally for residential use, the income in five years can be much higher than the amount of the fine.

The problem is that, for that to be the case, the sanction must be quite high, something that the partner of Serrano Alberca & Conde also considers abusive. In your case, recommend not to give the floor to the City, as there are questions about who is responsible for the management, to what social purpose is going to be allocated, under what conditions the property will be received and, even, what is the procedure to recover it , since in the notification of the Consistory of Barcelona not even an exact period is established, but it is spoken of a minimum time.

Many lawyers are recommending to their clients that they resort to the courts the sanctioning procedures of the Barcelona City Council in these cases, since they consider that they could even be violating the Law of Tourism of Catalonia, which, in its article 103, includes the possibility that the damage is repaired to avoid the penalty. That could be achieved, according to María Jesús Serrano, by removing the building from platforms such as Airbnb and dedicating it to residential rental or correcting errors in permits and licenses.

Even the Ombudsman has spoken in this regard and, in a resolution on this issue, around a fine of 6,000 euros, believes that "it is understandable that citizens ignore the regulations and should not deserve such a reaction. severe. " Therefore, he recommended "annul the sanction imposed, since the irregularity has been corrected and no harm has been done to the public interest". But the Administration did not forgive. 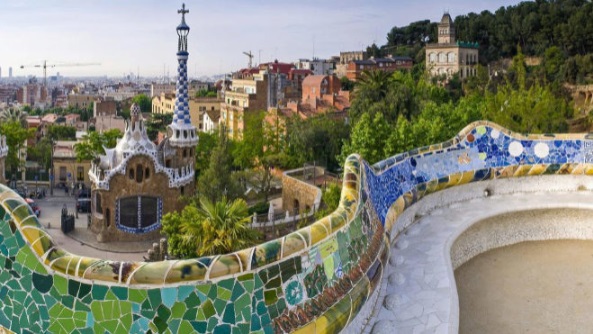