Love in times of 'Brexit' 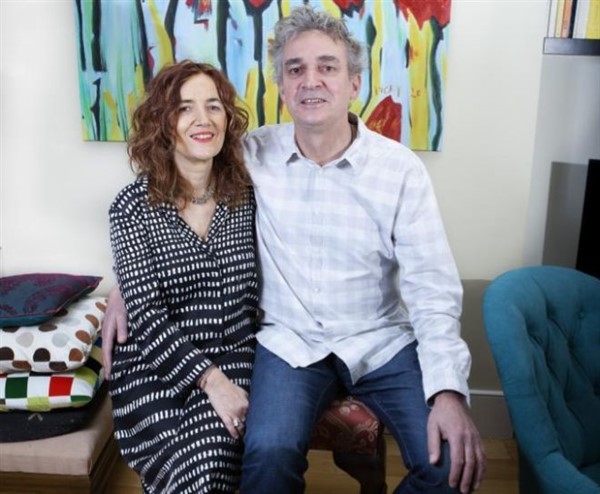 "I have paid a lot of taxes, raised three children, and now the UK does not want to continue the 'status quo'. "Said Petra Reekers, a German woman who was married to Britain's Tony Major, a journalist for the Financial Times." It's not going to make any difference to the Brexit or improve the country. " Petra runs a coffee shop in Ladywell, southeast London. "The British are linked to Europe, we can not escape geography," they add.

The National Bureau of Statistics has updated the figures of British residents in the European Union, and vice versa. About 900,000 Britons are scattered throughout the EU, while 3.1 million Europeans live in the United Kingdom. Spain is the EU country where most British people live (308,805). However, it is the ninth country to send citizens there, behind Poland, Ireland, Romania, Portugal, Italy, Lithuania, France and Germany. London hopes to see what the EU proposes for British residents in 27 countries to present the counterpart and agree on the future of the four million people who today share the same queues at airports and / or public administration. Who will teach the cards first? Two years have been set to negotiate from 9 March when Article 50 of the Treaty of Lisbon is activated.

Another of the mixed marriages that, like Petra and Tony, live in the uncertainty are the Valencian Carmen Cabrera and the British John Clark - in the image. She is a university professor and believes that "Brexit" for university is a tragedy of subsidies and students, many programs are no longer renewed, European students are very enriching and maintains a fantastic plurality, without them, the Asians will standardize the Centers ". Clark believes that the xenophobic sector has been legitimized by the outcome of the referendum. "The xenophobic attitude is very ingrained in most of the country, outside the big cities," he added. Carmen, with a linguistic effect, points out that "foreigners in the United Kingdom are immigrants, whereas British abroad are 'expats'".
The obstacles that the Brexit can raise in ports and airports for European travelers is not what concerns these mixed families. Nor that the green card of immigrant is again demanded, abolished with the incorporation of Spain to the then CEE. Flor Farpon, Asturian of Gijón, married to the engineer Richard Shennan, stuns him what will happen with pensions and / or medical assistance. "I hope that we will not be restricted in access to health, work, social benefits or schools here, nor to the British in Spain, but the biggest question for me is how pensions will remain and how they can be transferred from one Country to another, "asks Flor, who until now had not considered applying for British nationality for her or for Spanish for her husband.
More EU passports
The outcome of last June's referendum has led to an increase in applications for British citizens' passports to EU countries, and vice versa. The best-known case is that of neighboring Ireland whose legislation allows the application of passport to children and grandchildren of Irish. From British applications, in 2015, 46,242 Irish passports were granted; In 2016, the figure was 64,996, with an increase sharpened from the referendum. The Major and the Clark, at the moment, do not intend to change their civil status. "I can always return to Germany where I am protected," Petra contemplates.