Sentenced to two years, the man who helped her ailing mother die in Zaragoza 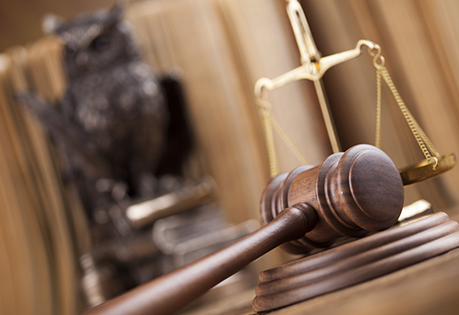 Man, 42, killed his mother, who had been unable to leave home 10 years pains
The Provincial Court has sentenced Ignacio Zaragoza Sanchez Olaso to two years in prison for a crime of assisted suicide, to help her sick mother die.
The court has taken into account when sentencing as a result of amending responsibility confession he made the arrest. Also the family relationship between the two has been considered a mitigating factor.
During the trial, held last week closed, the Office lowered its initial request for nine years in prison to six, while the defense called for acquittal.
The prosecutor based his request on the manuscript left by the deceased, Isabel Olaso, explaining why he wanted to stop living. "The reason is that I can not take any more pain by the strange wounds I have in the leg. Because of not being legalized euthanasia in Spain, I had to I Have This Test me. How sad and painful".
The woman had more than ten years without leaving home and did not receive medical treatment because, according to the prosecutor, had a psychiatric disorder for which had persecutory ideas, especially regarding the medical community.
In the writing of wills, he went on to note: "I hope those who have done this to me, pass it worse than me."
His family, which exerted a "strong influence", especially on his son Ignacio, said to ask medical care without their consent "would have constituted disloyalty".
The son did not want to leave her alone
The incident occurred the morning of April 8, 2015 at the family home of the Zaragoza neighborhood of Las Fuentes. Ignacio Sanchez, then 42, had returned to live with his parents to be unemployed.
Two months earlier he had convinced his mother that life is not laid aside, but that day could not. According to the defense lawyer, "the idea came from the mother, the child does not want to leave his mother alone, she saw if she could change her mind .. and then thought as it would do in every way, she preferred to accompany her to I was not alone in such a difficult time. "
According to the letter from the attorney, Isabel explained to his son that he had taken "the irrevocable decision to take his life" for "the intense suffering that said suffering" and the state of the ulcer.
He even noted the steps: drink alcohol before covering his head with a self-closure bag and asked him "that he should attend so that if she could not finish off that suicide lograse he intended to take his life."
As stated in the letter, she preened and drank a lot of brandy, which mixed with milk.
Aided by his son, while her husband slept in the bed, a resealable bag was placed in the opening to drown. There was a time she tried to take it off, but his son, as he had been instructed previously avoided it and put another bag.
When he saw that stopped breathing, he watched the body overnight and the next day confessed to his father and alerted the police. When the police patrol arrived, he opened the door, author of the facts pleaded and recounted what happened. Unresisting was arrested and taken to the dungeons of the Police Headquarters, where he spent the night until the next morning went to justice.
A month in custody
The head of the Court of Instruction No. 9 Zaragoza decreed judice. Ignacio Sanchez Olaso spent a month in custody for an alleged crime of murder. Now the prosecutor has changed that classification by induction to suicide.
Autopsy set the time of death between two and four o'clock in the morning of April 8, 2015. The forensic report ruled that died by asphyxiation and did not appreciate signs of self-defense.
The judge ordered a psychological evaluation of the defendant concluded that presents no mental illness or disorder that prevents him from distinguishing right from wrong, but highlights a strong dependence on the maternal figure. The mother just confessed to him the intentions of taking his own life.