The sentence imposes 5,000 euros of sanction to the state company for a serious fault before labor risks.


The judicial authority has partially confirmed the sanction imposed by the regional labor inspection to Correos for not providing sun protection cream to postmen in the Canary Islands.
The Court of the Social No. 9 of Las Palmas has partially upheld the appeal filed by the State Post and Telegraph Company against the penalty of 8,196 euros imposed by the Ministry of Employment, Social Policies and housing of the Government of the Canary Islands in November 2016 for not including in the evaluation of occupational risks the one associated with the exposure to solar radiation of the postmen with vehicle and "on foot".
The judicial authority confirms the sanction when considering such omission a "serious" fault, but reduces the amount of the fine to 5,120 euros.
According to the summary of the ruling, the regional inspection sanctioned Correos after confirming in two inspections of work in September 2015 and January 2016 that in the evaluation of occupational risks did not contemplate the exposure to solar radiation of the officials who worked in the Street.
Correos went to the labor jurisdiction against the decision of the Autonomous Administration, and among other issues claimed that already delivered to their employees work clothes for the summer and "hats."
For its part, the Autonomous Inspection replied that Article 6 of Royal Decree 773/1997 of May 30, on minimum health and safety provisions relating to the use by workers of personal protective equipment, established in the so-called "indicative list" and non-exhaustive of personal protection equipment "skin protectors, protective creams and ointments".
In view of this regulation, Justice Ramón Toubes emphasizes, "we must coincide with the Inspection in which the risk to solar radiation has to be taken into account in the risk assessment, not being able to understand the resistances of the plaintiff entity" .
The sentence is subject to appeal before the Superior Court of Justice of the Canary Islands. 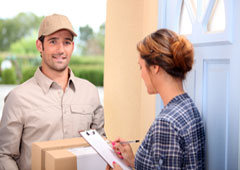