In the coming days will be known one of the most important sentences for the collaborative economy in Spain: will decide if Blablacar can continue to operate (or not) in our country


If you have ever shared a car and travel expenses using Blablacar, like more than three million people in Spain, you may not be able to do it again. Or maybe yes. The future of Blablacar, and the collaborative economy in our country, is decided in the coming days in a sentence that has in vilo to millions of users and dozens of companies. The ruling should be known very soon (probably next week) and will resolve the conflict between the employers of the bus companies, Confebus, and Blablacar, accused by the first of unfair competition and operate outside the law. However, it will not be a simple sentence. As several sources in the sector say, it will mark a before and after. "It will be the death row to the collaborative economy or its definitive springboard."
Confebus and Blablacar have been engaged in a legal battle since August 2015. The employers of bus companies accused Blablacar of unfair competition, of being a covert transport company in the margins of the Law of Land Transport (LOTT). The French company, present in 22 countries, denied everything by arguing that they are a mere online service that puts users in contact who want to share travel expenses. That is to say, it should not be governed by the LOTT, but by the Law of services of society of the information.
It is the key argument of all the companies of collaborative consumption: we are not a traditional company, we are an Internet firm
It is, in essence, the key argument of all collaborative consumer companies, from UberPop before being banned in Spain in December 2014, until today Airbnb: we are not a traditional transport or accommodation company, we are a social network, An internet company and, therefore, we should not be regulated by the same laws as the taxi sector, buses or hotels. And that is just the point on which the next sentence of Blablacar will set a key precedent: to define whether the online intermediaries that put in contact with individuals to travel are providing a transport service or not.

Profit, drivers and relatives
The final decision on the future of Blablacar depends on the magistrate of the Commercial Court No. 2 of Madrid, Andrés Sánchez Magro. This is the same judge who ordered the closure of UberPop in Spain two years ago. Despite the coincidence, both cases are very different: Uber used his UberPop application to allow individuals to provide a transport service, and charge for it, without having the corresponding license. It was (and is) something directly illegal.
Blablacar, however, puts individuals in contact to share travel expenses. On paper, there is no profit. But the defense of Confebus has always contradicted this aspect. "If the cost of a trip is 100 euros, between gasoline, tolls, diets, etc., and four people go, so that there is no profit-making drivers, each would have to pay 25 euros. It ends up charging something more ", explains José Andrés Díez, defense lawyer of Confebus.
It is only one of the many points open to interpretation. Do Blablacar users make a private transport or not? Article 101 of the LOTT states that "private transport is considered to be dedicated to meeting the personal or domestic displacement needs of the owner [of the car] and his or her relatives." What does the law mean by "relatives"? Article 156 of the Terrestrial Transport Ordinance (ROTT) stipulates that "these are their relatives or other persons who live with or have with the [car owner] a personal or labor dependency relationship of a domestic nature, as well as those Whose transportation is based on a social relationship of friendship or equivalent. " Does the use of Blablacar conform to the law? It will only be worth an interpretation of all this: that of Judge Sánchez Magro.
Possible sentence scenarios
All or nothing. This is what the legal sources consulted about the possible sign of the sentence indicate. If in the end it considers Blablacar legal, it will be one of the biggest judicial accolades to the collaborative consumption of the last years. But if it finds doubts in the legality of its activity, does not seem that there will be average term. "If the judgment is negative for the application, it will have to modify the way in which it renders its service, either ceasing to collect, or forcing the drivers to obtain license ... If so, it will be difficult for Blablacar to continue operating As it has until now, will have to close temporarily until it adapts to the law, "explains Díez.
An unfavorable ruling for Blablacar "will send a new signal on the technophobic position of Spain"
For both, the case will mark the development of the collaborative economy in our country. The defenders of Blablacar believe that an unfavorable ruling for the company "will send a new signal on the technophobic position of Spain. It is the image of the country that is at stake at the international level," they point out. The defenders of Confebus and the bus companies only expect a cessation of the activity of the French. A statement by its president, Rafael Barbadillo, in a recent interview with Teknautas, summed up the position of the bus sector. "Blablacar is illegal, they are pirates." Who has the reason? The answer, in a few days. 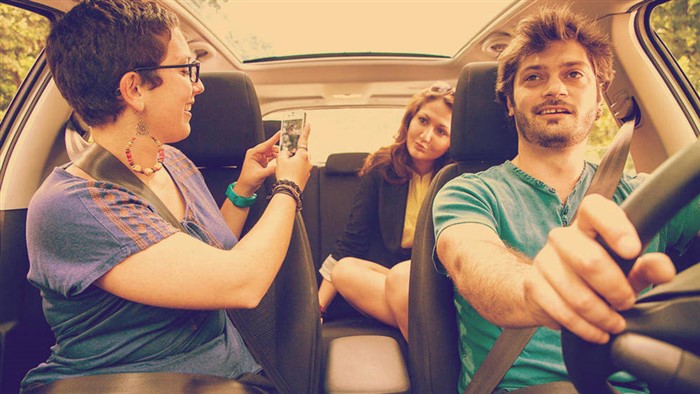