The tips are taxed to the Treasury 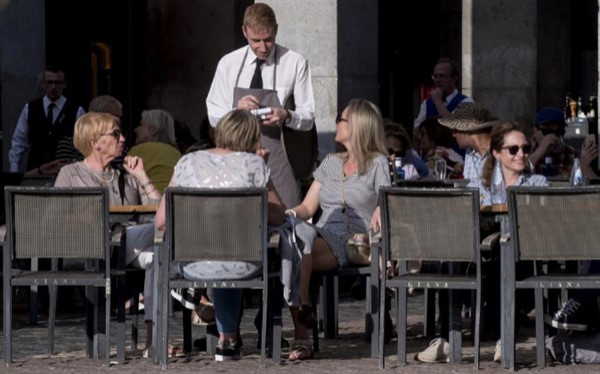 The amounts received in the form of tips received by an employee are earned income and are subject to Personal Income Tax, as explained by a binding consultation of the Directorate General of Taxes. The General Directorate of Taxes (DGT) understands, applying article 17.1 of Law 35/2006 of IRPF, that the amounts received in concept of tips that the worker receives are income from work and are subject to such tax and its withholding system on account. Therefore, the company is obliged to retain and pay part of these tips, as indicated in article 76, paragraph 1 of the IRPF regulations. For José Manuel Sánchez Morán, president of the Spanish Association of Financial and Tax Advisors (Aeaft) and partner of Prodemsa, when the referred tips are included as extrasalarial remuneration in the worker's payroll "he must include them as a variable income in his IRPF declaration, therefore they will increase the yield obtained by the latter as salary and, consequently, the taxes related to said income will also increase ". Corporation tax In the business field, the amounts delivered by customers as a tip constitute an accounting income that must be integrated into the tax base of Corporate Tax, regardless of whether those taxes are subsequently distributed among the workers. However, the entity may deduct such amount as an expense provided that this remuneration is derived from the contract between the worker and the entity. The chairman of the Aeaft understands that, "to the extent that the tips received by the entity are considered as countable income, the amount thereof must be included in the tax base of the Corporation Tax of the corresponding tax period, under the terms provided in article 11 of the Law on Corporation Tax ". VAT It must be understood, according to a binding consultation of the DGT, that the company receives tips as a mere intermediary between its customers and its employees, and not as compensation for the provision of service or the delivery of a good. The amounts received as tips do not constitute fiscal income, since the entity acts as an intermediary in the remuneration of third parties. Derived from the foregoing, it can not be deduced that its distribution among the personnel will not be considered fiscal expense, so, in the words of Sánchez Morán, the company will not have to declare VAT for these tips, nor will they be income for the company, nor is the payment of these to the workers an expense for the company.

Social Security Tips, in terms of legal doctrine, are monetary deliveries of small amount that have no other cause than the liberality of the client outside the employment relationship, without being considered salary or salary supplement and its amount is not computable to the effects of your contribution to Social Security. A different situation is the remuneration that, in the various collective agreements, is usually called tip trunk, being typical of the hospitality industry, of which all the workers of the center participate in proportion according to their professional category and whose amount is nourished by a surcharge on the consumption of the customers (it is no longer a customer's gift). This is a remunerative concept of a salary nature and subject to quotation. As Sánchez Morán points out, from the analysis of article 147 TR of the General Law of Social Security, it must be deduced that "the tips included in the payroll to the worker will increase the contribution base and, consequently, will force the company to quote for the amount of these tips, which means a cost for the company of 34%, approximately ".