They rehabilitate a worker because "he already tolerates the contrary"

The Superior Court of Justice of Murcia notes that its pathology has improved and is no longer disabled for all kinds of jobs.
An agricultural worker declared in April 2012 in a situation of absolute incapacity due to the partial paralysis he suffered is able to return to work, after his situation has improved and he already accepts that his relatives "take the opposite", according to a judgment of the Superior Court of Justice of Murcia (TSJRM).
The order of the Social Chamber of the TSJRM indicates that its pathologies have evolved in a positive sense and it is not incapacitated for all kinds of work, since it can face those that do not require great efforts, reports Efe.
The judgment, to which Efe has had access, thus dismisses the appeal that this worker presented against the resolution of the National Institute of Social Security (INSS) which, in a file of ex officio review, reduced the absolute disability to total permanent disability .
The proven facts of the sentence indicate that the situation of absolute disability was declared, because, as a result of an ischemic cardiovascular accident in an artery, he suffered a mild hemiparesis of the left limbs.
In addition, this situation produced, among other pathologies, a severe headache, depression and a severe behavior disorder, to the point that he could not tolerate frustrations and had a state of aggressiveness that manifested itself in the slightest contradiction of his relatives .
The judgment of the Chamber indicates that the medical reports that led the INSS to the change of disability prove that their situation has improved, since, although certain consequences of the partial paralysis he suffered, there is no major affective symptomatology or Signs of instability.
Consequently, the TSJRM concludes, it has not been proven, contrary to what is claimed by the claimant, that he is unable to carry out all kinds of work. 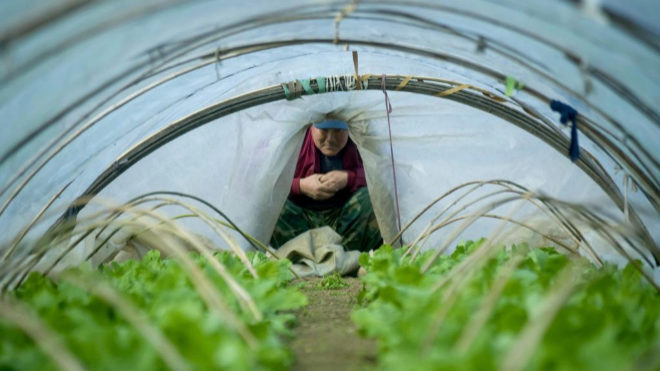