What legal mechanisms do the shareholders of Banco Popular have to claim?

A few days ago came to our ears the news that Banco Santander had bought Banco Popular for the derisory amount of one euro, an operation that took place hours after the entity intervened, through the new European resolution process.
The question is, was the bank really worth one euro? Everything seems to indicate that no, and that the practice that was carried out was to charge the invoice to the shareholders and investors with the argument of avoiding that the redemption returns to pass on the taxpayer's pocket, by means of a reduction of the social capital to Zero euros, which implies a depreciation of all the Bank's shares, as well as the conversion of convertible bonds and subordinated debt into shares, which were also acquired at the indicated symbolic price by Santander.
This operation took place a little over a year after Banco Popular made a capital increase of 2016 signed by 300,000 customers and where 2004 million new shares were issued. These new shareholders, as well as the old ones, have lost absolutely everything: their action is worth, literally, zero euros, and they have seen how their investments and savings have become volatilized.
The question that now arises is whether, given the precedent of the Bankia case, these shareholders have some sort of judicial mechanism to compensate them for their losses. We already anticipated that the answer is not simple and that to this day we still do not know data that can clarify the viability of any action. However, we understand that, especially for those who went to the capital increase of 2016, it is viable their legal claim.
These shareholders have several legal actions that they can exercise in the Civil Way.
- The first of these is the annulment of the acquisition of shares for defects in the consent given by mistake, or by fraud, derived from falsehoods, omissions of relevant information, or deceptive statements offered by the entity (Article 1265 And of the Civil Code). This action was exercised in the famous ruling of the Supreme Court of February 3, 2016, where the annulment of the acquisition of shares was declared on the occasion of Bankia's public offer of subscription (OPS).
- The second action is that contained in article 38.3 of the Securities Market Law that establishes the responsibility of the issuer, the offeror and the directors, as well as the guarantor and the issuer's principal entity, for the information that Is included in the prospectus, in case damages are caused to the holders of securities acquired as a result of false information or omissions of relevant data in the prospectus.
A priori seem to be viable both actions, although we must enter to assess each particular case. There are strong indications that the information provided to the shareholder was inaccurate, which would be a case of clear error of consent. In fact, today, OCU has filed a criminal complaint against former Banco Popular dome for accounting fraud.
This viability is even greater for those - not many - shareholders who attended the capital increase advised by the staff of the branch office, while it seems that the information in the information leaflet (regulated in article 26 et seq. The Securities Market Law) did not reflect the Bank's structural reality.
The arguments that support our thesis are, for example, the fact that the financial statements of 2016, signed by Mr. Ron, were corrected by the internal audit of Popular and there was an accounting mismatch of 700 million euros. Make it more than evident that the accounting information provided to the potential shareholder was not real. Also, the president of the entity declared (see the digital edition of "The Country" of May 26, 2016) that "by 2018 we should deliver 40% of the cash."
Finally, we have the precedent of the judgment of the Supreme Court of February 30, 2016, cited above, which confirms the error in the consent, in Bankia, "when the document contained economic and financial information that shortly afterwards is revealed Seriously inaccurate by the very reformulation of the accounts by the issuing entity and by its patent situation of lack of solvency.
That is why, not wanting to compare situations that are not the same - Bankia and Popular -, we understand that, especially those shareholders who were advised by the entity's own trusted employees and who have seen how their shares were amortized, can claim For the losses suffered in this embarrassing process of "disappearance" of the Popular Bank, so that they are compensated of their investment together with the corresponding interests. 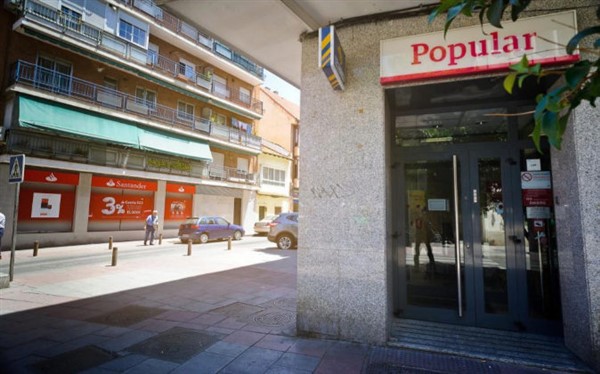