Who is responsible for an accident with a scooter?

After the abuse of an old woman in Barcelona, ​​the total absence of a regulation that is applied throughout the national territory for a disruptive sector, but that advances rapidly.

The proposal of a royal decree on the part of the General Direction of Traffic (DGT) to prohibit the circulation in sidewalks of the electric scooters and to reduce the maximum speed has coincided with the death of an old woman as a result of the wounds caused by one of these vehicles driven by an adult. Since the scooter has left the exclusive world of toys to become a means of urban transport, legal experts must apply criteria of legal liability for this type of accident.

The absence of an explicit regulation on electric scooters has convulsed the municipal area by accelerating the approval of various ordinances in the city councils of cities such as Madrid, Bilbao, Barcelona or Valencia.

The ordinances have tried to alleviate the legal vacuum to ensure public safety and avoid risk situations, since scooters and users share the same urban space. It is, therefore, alternative mobility solutions for scooters that are of a higher volume and go at a higher speed than pedestrians, as reflected in the ordinance of the City of Madrid approved at the end of October.

However, its improper use can cause accidents, such as the one of the first fatality due to a hit in Barcelona. The Directorate General of Traffic (DGT) has not been slow to pronounce with a regulatory proposal that involves including electric scooters in the Road Safety Act. Regarding the legal coverage intended by the DGT, the experts in the sector speak out to answer key questions, such as the legal liability of the company or user, the filing of a civil suit, insurance coverage and, above all, the foreseeable adaptation normative.

Adaptation of the Road Safety Law

Experts agree on the need for an adaptation of the Road Safety Law. In the opinion of Carlos Manuel Blanco Portillo, lawyer of Saez Lawyers, it is necessary "to adapt the law and specify the regulation that is applicable to this type of vehicles". Bicycles, for example, are a vehicle "potentially no less dangerous than urban mobility vehicles (VMU) and, nevertheless, are expressly contemplated in said law," he concludes. An opinion he shares with Ignacio Montoro Iturbe-Ormaeche, managing partner of Summons and director of the litigation area, for whom the proliferation of scooters should "expressly be included in the regulations for personal mobility vehicles such as motor vehicles".

It is essential to indicate that the municipal ordinance considers that pedestrians have priority in the whole street and, therefore, it is not necessary to implement formalized pedestrian crossings. In this regard, it limits the speed to 20 km / hour and, therefore, the driver must give priority to the pedestrian with a preference for transit. Two basic criteria for road safety - limited speed and preference of passage - that the person who committed the fatal accident in Barcelona would have allegedly avoided. The question that remains to be defined is the liability criterion for the claim against the user or against the company that rents the scooter.

The responsibility of the user

Carlos Manuel Blanco Portillo, of Saez Lawyers, affirms that the direct responsibility for the damages caused in the accident is of the "user that provokes it". The company that rents the scooters would not have responsibility to the one that suffers the accident, although "could have it in front of the user of the scooter if the state of the vehicle had contributed to cause the accident", reiterates the legal adviser.

Given the foreseeable increase of these vehicles on urban roads due to their environmental, economic and health benefits, the safety approach for pedestrians should be a priority for the advertising promotion of this transport alternative if certain safety criteria are not defined.

It becomes visible, then, the need to assess the proposal of insurance contracting for users and companies. An insurance that to date has not been mandatory. And the fact is that the use of scooters as a means of transport in the city is recent, but its reception has gone beyond the expectations of a municipal and private business for companies, mostly international.

In the case of rental by external suppliers, Auxiliadora Cansino, coordinator of the civil liability section of the Malaga Bar Association, indicates that the driver "personally responds to the damage caused to the other and the company that owns the scooter responds subsidiary. " In this regard, he emphasizes that it will be necessary to know if the companies that rent scooters have "a contract that includes liability insurance and personal accident insurance for the driver".

If the scooter is your own, it advises to know if the home policy includes any liability coverage for bicycles and scooters. If so, then that policy will cover damages caused to third parties with the scooter. If the scooter is for hire, you must report the driver and the company that owns the scooter and if it was only the driver by civil claim following the criteria of Article 1.902 of the Civil Code, which indicates that "by action or omission causes damage to another, intervening fault or negligence, is obliged to repair the damage caused. "

It is necessary to add that the new ordinance on urban mobility vehicles requires the titular company to have civil liability insurance, so that the insurer and the company can also be civilly responsible. The legal advice of Ignacio Montoro Iturbe-Ormaechea is an extrajudicial claim against the driver, the company and the possible insurers in case of having the data. If this claim does not prosper, it would be necessary to go to court as in a motor vehicle accident, according to the criteria of the Summons litigation director's expert. 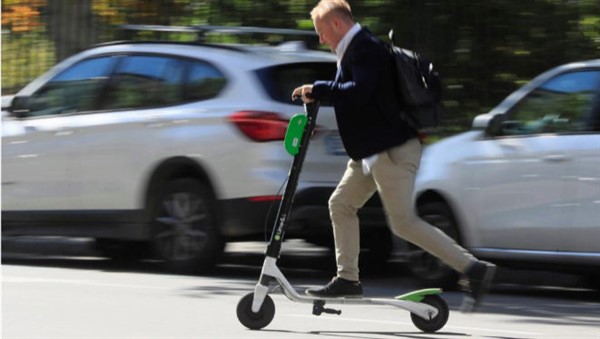