A comprehensive solution to legal problems in the center of Zaragoza 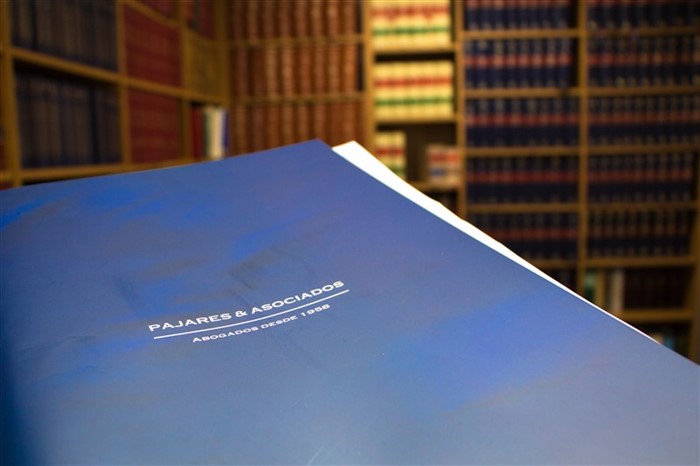 More than 50 years of experience who guarantee the experience of the firm Pajares & Associates, won several awards in the judiciary.


In 1958, at the hands of José Antonio Pajares Ramon y Cajal, he began the journey of this specialized law firm located in the Paseo de la Independencia in Zaragoza, where zaragozanos have advice 100% customized specialty merchant and corporate, bankruptcy, civil liability and insurance, distribution and franchising, economic criminal, arbitration and international. And, as specified on its website, maintain "a multidisciplinary vocation, but with the clear intention to offer a service tailored to each client, emphasizing that the effectiveness and quality take precedence over any other consideration, as well as personal contact with the customer. "

At present, the office is run by the founder's son, José Pajares Echeverria, who, in addition to an extensive career as a lawyer, holds the presidency of the Spanish Chapter of the International Union of Lawyers and participates in the legal world as a representative of the UIA Working Group V (Insolvency law) of the United Nations Commission on International trade law (UNCITRAL), officio member of the American Institute of Insolvency law, professor of Master in law taught by the School of Legal practice of the Royal and Illustrious Bar of Zaragoza and the Faculty of law of the University of Zaragoza, a professor at the Higher Institute of law and Economics (ISDE) in Madrid and arbiter of the Aragonese Court of Arbitration and Mediation, among other charges.

Franchise and Distribution
The Pajares & Associates office carries out important work in the area of ​​Franchising and Distribution, having been part of the Committee of Legal Experts of the Spanish Association of Franchisers and having carried out the Legal Department of the Aragonese Association of Franchisors. In addition, it defends the interests of its clients before the administration (both administrative and economic and litigation before courts), and has a solid economic criminal department.

Pajares & Associates Lawyers also works outside the borders of our country, in Germany, Argentina, Brazil, Chile, China, Colombia or the United States, among many others, where it has partners and correspondents and currently leads several lawsuits.