The official assessment of abusive clauses in the payment proceedings against consumers. Adaptation to European regulations

On October 6, 2015, Law 42/2015, of October 5, on the reform of Law 1/2000, of January 7, on Civil Procedure, was published in the Official Gazette through which important innovations were introduced in the civil procedures, such as the preferential performance of procedures by electronic means or the new processing of the verbal trial.

However, a modification of great importance and that has not acquired the relevance of others, is the novel regulation of the payment procedure when the claim of the debt comes from a contract between a businessman or professional and a consumer or user.

This change in the regulation of the order for payment procedure complies with the Judgment of June 14, 2012 of the Court of Justice of the European Union, case C-618 Banco Español de Crédito. Said judgment considered that the payment procedure provided for in Spanish legislation violated European Union Law on the protection of consumers and users, since it did not comply with Council Directive 93/13 / EEC of 5 April 1993. on abusive clauses in contracts entered into with consumers.

Thus, the new wording of art. 815 LEC introduces a fourth section by which the Judge of the First Instance is allowed to assess the possible abusive nature of the clauses on which the order for payment procedure is based. For this, before the Judicial Secretary proceeds to require payment from the debtor, the Judge will examine ex officio the eventual abuse of any clause that constitutes the basis of the petition or that had determined the amount required.

When the Judge considers that there may be abusive contractual clauses, he will hear the parties to resolve what is appropriate and, in the case that he considers that, in fact, such clauses exist, he will dictate a decision by which he will agree, or the inadmissibility of the pretension, proceeding to file the procedure, or the continuation thereof, but without the application of the clauses considered abusive.

Of course, in case of not estimating the abusive nature, the Judge will issue an order declaring the inexistence of abusive clauses and the Secretary will proceed to require the debtor to pay according to the provisions of art. 815 LEC. In any of the cases, the dictation will be appealable.

In accordance with the Second Transitory Provision of Law 42/2015, the new regulation of the payment procedure is applicable since the entry into force of Law 42/2015, of October 5; that is, from October 7, 2015.

Regarding the monitoring procedures between employers and consumers initiated prior to the entry into force of this rule, the same Second Transitory Provision provides that they will be suspended by the Judicial Secretary for the Judge to analyze the possible existence of abusive clauses, as planned in the new section 4 of art. 815 LEC and will only lift the suspension and order the continuation of the procedure in case it appreciates the inexistence of such abusive clauses.

In this case and although the context of the rule allows to conclude that this revision may be ex officio, in practice it will be extremely complicated for the judicial body to review the procedures processed prior to the entry into force of the legislative amendment, which is why it is advisable that the interested party be the one that reveals this circumstance. 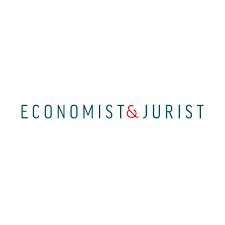