An insurer sentenced to compensate a pizzeria for losses from confinement 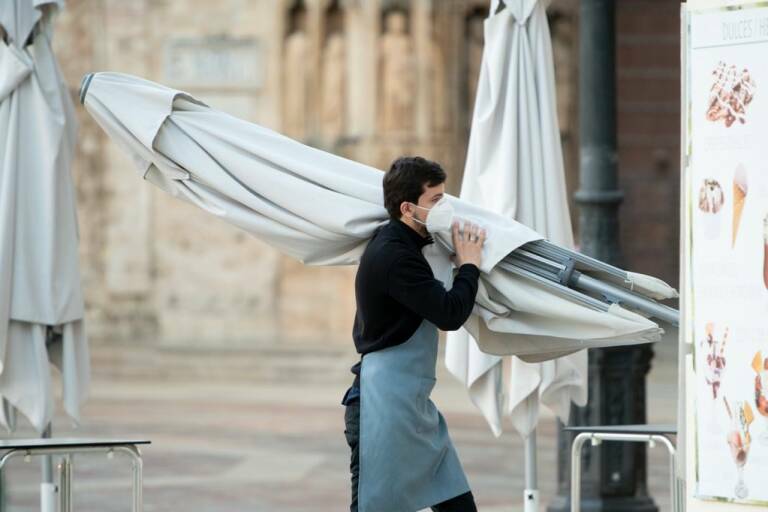 GIRONA (EP). The Civil Section of the Girona Court on Tuesday sentenced an insurance company to compensate a pizzeria with 6,000 euros that it claimed alleging a section in its policy that included the 'activity stoppage' with an amount of 200 euros per day for 30 days. The sentence, consulted by Europa Press, overturns the first ruling on the matter - the Court of First Instance 2 of Girona dismissed the claim in November 2020 - when estimating the company's appeal, and is the first sentence that convicts an insurer due to the effects of covid-19. The restaurant contracted the policy on February 13, 2020 for its premises, and due to the coronavirus restrictions applied from March, it was closed for more than 30 days, for which the company claimed compensation from the insurer. The insurer objected, considering that the closure was a consequence of general circumstances and the measures of the Government in the face of the pandemic, and argued that "nowhere in the policy (particular or general conditions) is it said that they are covered (as if it was one of the claims that both parties had the intention of insuring) the costs of stoppage "due to the restrictions decreed by the Government. The magistrate of the Girona Court now considers that the first sentence does not take into account the characteristics of the insurance contract and bases its decision, "purely and simply, on the testimony provided by employees or persons related to the defendant insurer" . He points out that the policy does not expressly contemplate coverage for the stoppage of business due to the pandemic, but highlights "the expectations that the insured could have when he accepted the policy to see covered, expressly, 'Loss of benefits / Cessation of activity ".

"Accepting the opposite would mean as much as restricting the coverage expected by the insured, leaving the paralysis of the business covered, in principle, by the insurance contracted,", argues the magistrate when ordering compensation. He also points out that insurance for loss of profits or business stoppage "is normally subject to the existence of prior material damage", which did not occur in this case. The judge suggests that "perhaps, insurers should expressly contemplate pandemic situations in their policies", and refers to a judgment of the Supreme Court (TS) that remarks that the clauses that delimit the risk can be used to avoid ambiguities but not in a contradictory way with what was contracted or in an unusual way. Mata volunteers as a lawyer This Tuesday, the sentence was of particular interest to the PSPV spokesman, Manolo Mata, who a few months ago returned to practice as a lawyer after leaving the exclusive dedication. In a publication on his Facebook profile, the Catalan Ombudsman asks his followers that if any of them have a hospitality business or know hoteliers affected by the pandemic, they send the "copy of the damage or civil liability policy to their email. check if it is possible to claim ". Ultimately, he offered himself as a lawyer to the hoteliers to study the cases in which compensation can be claimed from the insurance companies. The offer drew the attention of more than one at the Botànic, since it was the tripartite itself that decreed the closure of the hotel business on January 19 to try to stop the expansion of the covid-19 pandemic. Or what is the same: Mata offered himself to the hoteliers so that they could collect compensation from their insurance for the closure approved by the Consell.