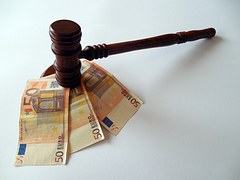 The declaration of unconstitutionality of the confinement of the state of alarm has direct consequences on the sanctions derived from skipping this prohibition of driving, that is, the fines. But it will have no effect when claiming compensation from the State for the damages caused as a result of this state of alarm. And this because the Court shields the State from the request for millionaire compensation. Various jurists already warned in these pages just a month ago: the Constitutional Court can modulate the scope of the sentence, as in fact has happened, and that is decisive when it comes to whether or not the State has to face financial responsibilities derived from the Restrictions of rights that are declared unconstitutional. In the absence of knowing the detailed pronouncement that the sentence makes on this matter, it is clear that the fines decline. Of course, only those related to the severed freedoms that the Constitutional law calls into question. Thus, the fines imposed for leaving home those days without apparent justification would be null, but not the penalties for not wearing the mask, which has nothing to do with freedom of movement. Canceling the cut of a liberty implies that the fine for not complying with it remains baseless, so that "the damage that the restrictive measures would have caused is considered unlawful," the sources consulted explain. They clarify that although the state of alarm does not come from the legislature, the decree has the "rank" of law and therefore, that regime would be applied. Thus, pending or pending fines will be void. And with respect to the firm, legal sources maintain that the normal thing would be for the corresponding administrative body to peacefully arbitrate a procedure to present claims for reimbursement for sanctions that have become null. If it does not, the administrative claim would remain. From different platforms, judicial and administrative bodies were asked yesterday to suspend the processing of fines or even criminal cases derived from the alarm while waiting for the content of the resolution to be known in detail. The TC has modulated the effect of its sentence based on article 40 of the Organic Law of the Constitutional Court, according to which, "the declaratory sentences of the unconstitutionality of laws, provisions or acts with the force of law will not allow reviewing processes" that have culminated in a sentence with the force of res judicata. Regarding the patrimonial responsibility of the State, which in principle would allow claiming compensation for damages, the TC indicates that this judgment will not be, by itself, enough title to present claims for State responsibility, since citizens "have the legal duty" to bear the material damages they have suffered in extreme cases such as this pandemic. Before knowing the literality of the resolution, some law firms announced yesterday claims of patrimonial liability against the State for the damages suffered with the closure of establishments.