Four months in prison for repeatedly refusing to wear the mask 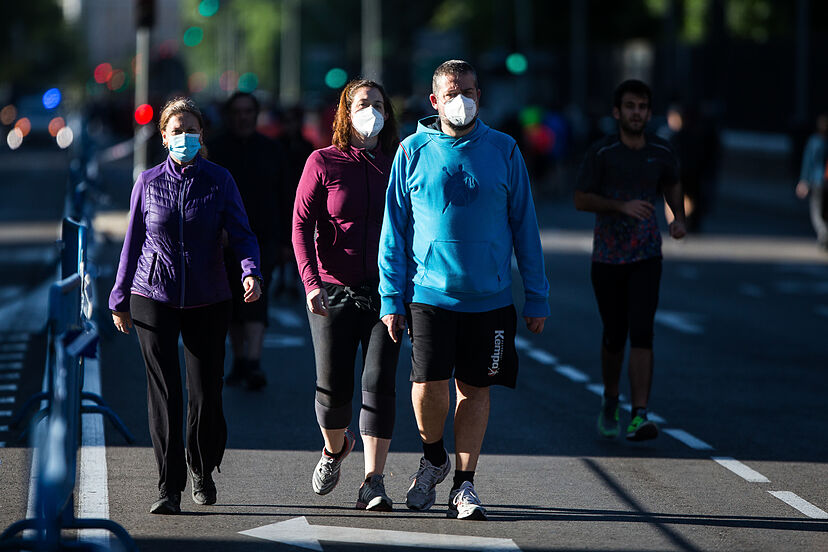 The jail sentence imposed has been suspended on the condition that the offender does not commit a crime within two years.

The head of the investigating court number 3 of Pamplona has sentenced a man to four months in prison, for a crime of disobedience, who on the 24th was arrested by the Provincial Police for repeatedly refusing to wear a mask. In the final judgment, passed accordingly, it is reported that, at around 10:15 am, the convicted person, AZW, was walking through the Ripagaina neighborhood of Pamplona, ​​without wearing a mask, "whose use is mandatory by virtue of the sanitary measures imposed. , a circumstance observed by a patrol of the Provincial Police ". The agents approached him, asked him why he was not wearing it and required him to put it on, as stated in the resolution which adds that at first, the accused told them that he came from Portugal and, later, claimed he had asthma and a certificate in his country. In addition, he noted that he did not have any. Faced with this latest demonstration, the police officers provided him with one, which the defendant kept in his pocket, after which they ordered him on several occasions to put it on and, due to the disregard he did, given his "repeated refusal" they proceeded to his arrest. The facts declared proven constitute a crime of resistance or disobedience to authority. Due to the conformity reached in the guard court, the sentence reduced by a third has been imposed on the convicted person, as provided for in the Penal Code. The four-month prison sentence imposed has been suspended on the condition that the offender does not commit a crime within two years.