The civil court of the Supreme Court has annulled for abusive a clause of Kutxabank that established a commission of 30 euros for claiming overdue or overdue debtor positions.
The ruling gives the reason for a class action filed by the Uribe Kosta association of Consumers and Users 'Urkoa' (currently the Basque EKA / ACUX Consumers Association), and ratifies the resolution of the Provincial Court of Álava and the commercial court number 1 of Vitoria, which fully upheld its claim and condemned Kutxabank to remove the indicated clause from its general conditions.
That clause of the bank established a surcharge for commission for claiming overdue or overdue debtor positions of 30 euros. With this resolution, the first chamber of the Supreme Court has ruled for the first time on the commission of claiming debtor positions, explains Europa Press.
In relation to the clause established by Kutxabak, the Supreme Court considers that it does not meet the requirements of the Bank of Spain for this type of commissions, because it foresees that it may be repeated and is presented as an automatic claim.
Likewise, it believes that it does not discriminate overdue periods either, so that "the ineffectiveness of the quota on the scheduled payment date suffices so that, in addition to the default interest, the accrual of a commission occurs."

The resolution considers that, as it is written, it also does not identify what type of management is going to be carried out because it is left for a later time, so, in the opinion of the TS, it cannot be deduced that this will generate an effective expense.
The TS points out that a judgment of the Court of Justice of the European Union of October 3, 2019 has established, regarding the expenses that a loan contract may entail, that the consumer must be able to verify that there is no overlap between the different expenses or among the services that those pay.
For its part, it also cites another judgment of the same court of February 26, 2015, referring -among others- to a so-called risk commission, which declared that a clause that allows, "without compensation, the compensation of the simple risk of the loan, that is already covered by the legal and contractual consequences of non-payment, may be abusive."
In the opinion of the Supreme Court, it is precisely the "indeterminacy" of the commission that generates "the abusiveness", since it would simply entail "adding to the interest on delay another amount as a sanction for the same concept. According to the resolution, involves violating the provisions of articles 85.6 TRLGCU -General Law of Consumers and Users- and 87.5 TRLGCU, referring to disproportionate compensation and collection of services not provided.
Furthermore, the resolution considers that a clause such as the one being prosecuted contains "an alteration of the burden of proof to the detriment of the consumer", since it should be the Bank that proves the reality of the management and its price, but, with the clause, "The obligation to prove or that there has been no management, or that it has not had the cost set in the contract, or both circumstances, is transferred to the consumer." This, in his opinion, could also incur the prohibition provided for in article 88.2 TRLGCU.
Likewise, the Supreme Court has affirmed that the commission for claiming debtor positions is not a criminal clause, because "neither does it contain a pre-liquidation agreement for damages, nor does it substitute its compensation, which will be constituted by the payment of agreed default interests, which are not abusive The High Court adds that, if it had a purely punitive purpose, it would contravene Article 85.6 TRLCU.
Lastly, it points out that, even if it were accepted for merely dialectical purposes that the commission is a penal clause, it would be redundant again and, therefore, would incur "disproportion". 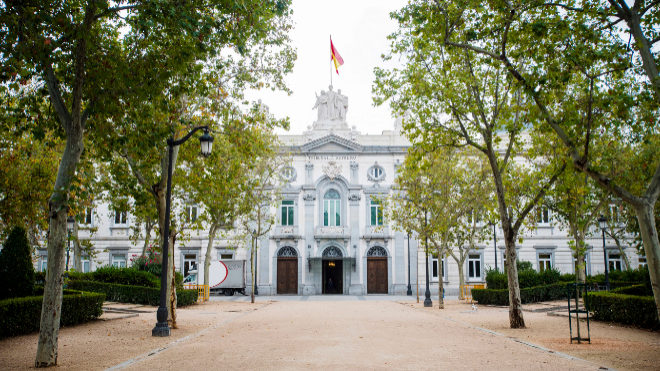