The final judgment dated November 28, 2019, of the Court of First Instance no. Fifteen of Zaragoza, estimates the claim declaring the nullity of the contract of sale of a low premises intended for housing, with recovery of the property by the seller who condemns to return to the buyer the total amount paid by it as the price of the property, more the legal interests since delivery, plus the expenses incurred in the purchase and sale as compensation, and the granting of public and private documents that may be necessary for this purpose, with all expenses and taxes borne by the defendant seller , without imposition of costs.

The Judge points out that no warning was given by the seller of the existence of a hidden vice, consisting of damp due to capillarity accredited by technical reports, which rule out a problem of breaks or fissures in community pipes or spills, whose correction by solvent technical means suppose a cost that is close to a third of the purchase price of the property. There was no indication inside the house of the existence of damp, old or current, but they appeared within a few months of the sale, so that tenants who had signed a lease had to renounce it for cause of the humidity appearing.

The estimation of the demand, which seeks the reciprocal restitution of benefits between the parties, assuming the seller the expenses suffered by the buyer and documented, is based on:

a) either in the way of arts. 1484 et seq. of the Civil Code that empowers the buyer to withdraw from the contract when the sale has hidden defects, qualifying as such not only those who do the improper thing for the use, but also when they diminish in such a way that if they had been known, they would not have been acquired or a lower price would have been given, highlighting the Judgment that a property was not purchased at a bargain price, but was even considered high because it was a place whose use of housing had to be changed, that a rental was renounced for understanding that the dampness made it improper for use as a dwelling, since the correction of the vice supposes a very important cost in relation to the purchase price, and the buyer in good faith ignorant of the defect is not required to enter into lawsuits with the Community to settle whoever it is the responsibility to assume the expense, and that the buyer showed the seller his willingness to withdraw from the contract before the expiration of the six-month period established and n art. 1,490 of the Civil Code;

b) either in the way of contractual nullity due to the consent of the arts. 1261 et seq. of the Civil Code, if not by fraud (although the defendant has not proven ignorance of the existence of damp or knowledge and information to the buyer), at least by relevant, essential, and non-salable error.

It seems therefore clear that the contractual disloyalty that seeks to use the norm in an interested way has finally its judicial rejection. It is time to take care of the purchase of premises to allocate them to homes. 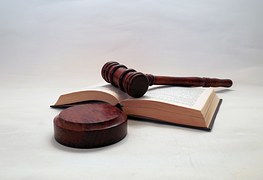