Through Legislative Decree No. 1510, provisions are modified and incorporated into Emergency Decree No. 013-2019, which in November 2019 established the prior control of business concentration operations, better known as the “Law of Prior Control of Mergers & Acquisitions - LCPF ”. In the first place, it is provided that the entry into force of the LCPF will be on March 1, 2021 and will remain in force for a period of 5 years. Additionally, article 5.3 is incorporated, which considers as a single business concentration operation the set of acts or operations carried out between the same economic agents within a period of 2 years. It is specified that at the time of the evaluation of the business concentration operation, the National Institute for the Defense of Competition and Protection of Intellectual Property - INDECOPI will take into consideration the serious crisis situation of the companies involved and the need to carry out the operation concentration. In addition, the standard stipulates that this entity will seek cooperation with other entities, national or foreign. On the other hand, it is established that the Regulation must be published within a period of 1 year from the publication of Urgency Decree No. 013-2019 and that it may contemplate the possibility of simplified notifications for those types of concentration operations that cover a lower probability of producing restrictive effects on competition. Finally, by means of the only Repeal Complementary Provision, literal f) of numeral 5.2 of article 5 of Emergency Decree No. 013-2019 is eliminated, which provided that the acquisition of rights by a company was not considered acts or operations of business concentration. economic agent who has not previously participated in the relevant market or related markets.
Mostrar más
Mostrar menos 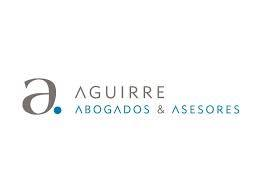