More than 100,000 euros in compensation to the family of an asbestos victim

The appeal filed by the Zaragoza City Council was dismissed, confirming the compensation of 110,000 euros to the family of a plumber affected by asbestos.

The Administrative Litigation Chamber of the Superior Court of Justice of Aragon has just handed down a ruling confirming the one previously handed down by the Social Court and condemning the Zaragoza City Council to pay 110,000 euros to the widow and children of an affected person who died of asbestos.

R. M. P. served in the Zaragoza City Council between 1968 and 2009, initially occupying a position as a laborer and later as an officer and master plumber.

The Court recognizes the victim's family compensation of more than one hundred thousand euros for "damages caused."

As explained in a statement by the law firm that has led this case, Oria, Pajares & Asociados, during his working life, the victim, like many other plumbers, “was directly and indirectly exposed to asbestos on a continuous basis, since part of his job was to cut the fiber cement pipes, repairing and replacing the water supply and sanitation pipes in the city of Zaragoza ”.

This exposure to asbestos, "without the City giving him any protection", caused D. R. M. P. to suffer from mesothelioma, which unfortunately caused his death at 69 years of age.
In October 2018, in another previous process, the Zaragoza City Council was condemned by the Superior Court of Justice of Aragon, declaring its corporate responsibility for lack of safety and hygiene measures at work, thus increasing the pension received by the widow 50% charged to the municipal entity, which also paid a benefit of more than € 16,000.

In this new sentence, the firm points out, “it is considered proven that the affected person was exposed to asbestos while performing his work for the Zaragoza City Council and that he did not have the security measures required according to the health and safety regulations at work , recognizing to the family an indemnification of more than one hundred thousand euros for the damages caused ”. 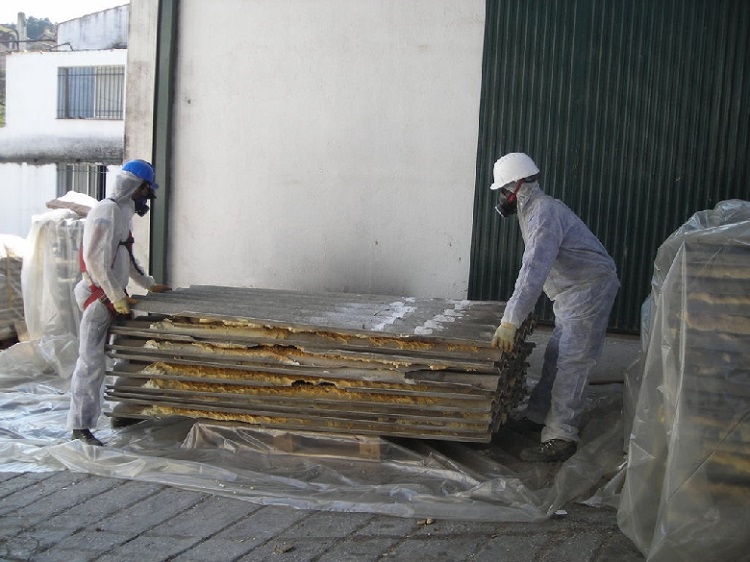